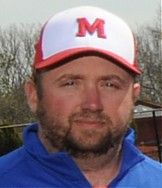 Paul Jacques finished his third year as the varsity baseball coach here at Mount. In 2019 the Mounties captured the Division 2 State Championship under Coach Jacques. Coach Jacques spent multiple years serving under the direction of former coach Tom Seaver as varsity assistant head coach.  He was a part of the coaching staff for the 2009 & 2010 State Championship Seasons. During his time with Coach Seaver they saw multiple individuals go on to play baseball at the college level.  In addition, Jacques has served as Head Coach for Watertown, Massachusetts American Legion Team.  For the last 17 years he has served as an certified umpire on the Central Mass board.