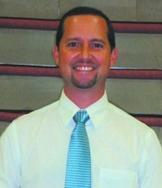 Coach Henry Coleman III will be entering his ninth year as the Varsity Boy’s Basketball Head Coach at Mount Saint Charles Academy this winter. Since he has taken over Coach Coleman has helped lead the Mounties into the playoffs in six of the eight seasons he has been in charge. The 2018-2019 season the Mounties captured their first league title since 1995, finishing first in Division III-East with a 13-5 record, Coach Coleman was recognized with the Rhode Island Basketball Coaches Association Division III Coach of the Year for his efforts. In 2014-2015 he was also named the Division III Rhode Island Basketball Coaches Association Head Coach of the Year. The 2015-2016 and 2016-2017 seasons the Mounties were honored with the Division 3 Team Sportsmanship Award. In 2015 he helped start the Mount Saint Charles Summer Basketball League which includes many high schools from Blackstone Valley and the surrounding area.

The 2022 season was Coach Coleman’s twentieth season overall coaching high school basketball. He began his career as an assistant head coach at Feinstein High School from 2002-2008, making the playoffs ​every year and culminating in winning the Division III State Championship ​in 2006 and the Division II State Championship in 2007. He then was named the interim head coach at Central High School from 2008-2010, leading Central to the playoffs in 2010. That year, he was recognized as the 2009-2010 Division I Rhode Island Basketball Coaches Association Head Coach of the Year. From 2010-2014, he was the assistant head coach at Shea High School, helping them make the playoffs three times, including finishing as the 2012-2013 Division II ​Championship runners-up.

In addition to his success on the basketball court, his teams were nominated five times for the Providence Journal’s Dick Reynolds Sportsmanship Award. He currently serves on the Rhode Island Basketball Coaches Association Executive Board as the President and Webmaster. He was the R.I.B.C.A. Vice President and Secretary for the previous six years.

Coach Coleman graduated from Mt Hope High School in 1995 and from Rhode Island College in 2002 with a Bachelor’s of Science degree in Health & Physical Education. He has been a Health & Physical Education teacher at Hope High School since 2005, where he also was varsity head for cross country for twelve years. He is also the varsity assistant head coach for softball at Mount Saint Charles. He is married to his wife Melissa, and they have three daughters. 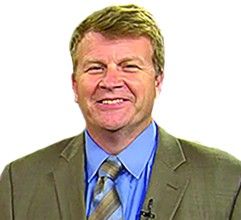 Jay Fadden will be entering his third season as assistant head coach for the Varsity team. Coach Fadden has had a long coaching career on many different levels including high school and travel.  He had been head coach of both the Freshman and Junior Varsity basketball teams along with assistant Varsity head coach for Bellingham.  For five years he was the head coach for the Bellingham Varsity Summer League team that played in the competitive Milford league.  The team made it to the finals three years and won the league championship in the summer of 2019.  One of Coach Fadden’s passions is teaching the game to young players.  As a head coach in travel his teams have won two MetroWest titles.  He has been involved coaching in-town basketball and senior league basketball.

Coach Fadden graduated from Xavierian Brothers High School and from Franklin Pierce University with a Bachelor’s of Arts Degree.   He received his Master Degree from Saint John’s Seminary for Arts and Ministry. For over thirty years Coach Fadden has been the General Manager/Executive Vice President of the CatholicTV Network, a national station.  He is married to his wife Shirley, and they have two sons, James and Ethan (Class of 2024) and a daughter Amelia (Class of 2020). 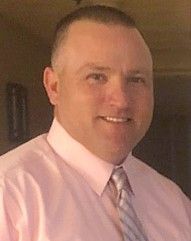 Scott Robillard will be entering his third year of coaching with the Mounties, serving as the head coach with the Junior Varsity team and assistant head coach for the Varsity team. He has coached many teams and levels over the past six years, including in the Catholic Athletic League (CAL) and two local AAU programs.  He competed in the Class B State Championship basketball game for the West Warwick Wizards in 1991.  He played four sports for the Wizards and went on to play college baseball at Florida Southern College and Rhode Island College.  After college he was able to play professional baseball with the Rhode Island Tiger Sharks of the Northeast Independent League.

Coach Robillard graduated from Rhode Island College with a Bachelor’s of Science Degree in Criminal Justice and Sociology.  He continued his education earning a Master’s of Science Degree in Cybercrime and Homeland Security from Salve Regina University.  He currently is finishing his twenty-four year career as a police officer in West Warwick and finishing in Warwick as a captain.

Coach Robillard is also the head coach with the Mounties baseball program which won the 2019 Division II Championship.

Coach Robillard and his wife Elizabeth and have 3 children, Connor, Alexis and Julia. 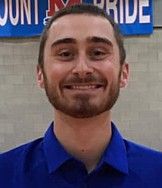 More recently, Coach Vescera graduated from Stonehill College this past spring with a Bachelor’s of Arts in Communication and a minor in Journalism. At Stonehill, he served as the Men’s Basketball team manager his freshman season, when the Skyhawks qualified for the Division II NCAA tournament and made it all the way to the Elite Eight. In addition, he was a member of the club ultimate disc team and sports editor for the student-run newspaper among various other roles on campus.

Currently, Coach Vescera works at Bryant University as the Broadcast Director Intern where he oversees all home athletic broadcasts. He also is a freelance reporter who covers high school sports in Massachusetts for The Boston Globe.