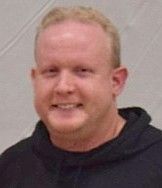 Coach D’Abate finished his nineteenth season as the head coach of the boys’ program. He has led them to the playoffs sixteen out of nineteen years including trips to the State semifinals or finals in fourteen of those. The boys’ program most recently won the Division 1 State Championship in 2018. They have also won five State Championships and nine league titles during his tenure.