Robert Cote was a three sport athlete, excelling in football, basketball and baseball. He changed sports as the seasons changed, but one thing remained constant – he was truly a gifted athlete. He earned multiple All -Division honors in all three sports that he competed in, but it was on the baseball diamond where Robert achieved his most success. In his senior year, he was recognized as one of the top players in Rhode Island and, as a result, was selected to the All-State team.

On the basketball court, Robert blossomed into a prolific shooter. At the end of his senior basketball season Robert became the second basketball player at Mount to eclipse the 1,000-point mark. He finished his career with 1,026 points in three years.

As of 2018 Robert is currently 8th all-time in Mount boys’ basketball history in points scored. Robert scored 44 points versus Sacred Heart on 12/11/56 which still stands as the most points scored in a Mount basketball game. 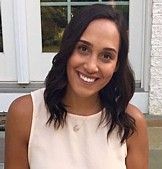 One of Mount’s premier Track and Field athletes, Ali Sayles’ versatility and athleticism helped her achieve success in a number of events in both sports. Starting in her sophomore year, she earned All-Class and All-Division in both sports in multiple events. As a junior she earned All-State honors in both indoor and outdoor track, completing both seasons as one of Rhode Island’s top performers in the high jump and hurdles competitions. In her senior year, she became the first female track athlete at Mount to win an individual state championship by running the best time in the 100M hurdles.

As a senior captain and MVP, she helped to lead the indoor track team to the first Class championship in that sport in the history of the school.

After graduating from Mount Saint Charles, Pat went on to Brown University where he played four years of hockey. As he did in high school, he proved to be a catalyst for the Brown ice hockey program. At graduation he received the Charles Robinson Trophy, which is awarded for academic excellence, honoring the late Brown University Classics professor and given annually to the hockey letterman attaining the highest academic average for the first seven semesters of college. Pat went on to play professional hockey in Europe.

He is currently recognized as a world leader in health and fitness and has authored several books on the subject.

Maria was a talented and very versatile athlete during her time at Mount, playing on a total of 12 varsity teams during her time here, an accomplishment not realized by many student athletes. She played volleyball, basketball, and lacrosse, and she excelled in each of the sports, earning spots on a number of post-season all-star teams. She was selected to All-Division teams six different times and was also selected to the All-State teams in both volleyball and basketball. Her name hangs on a banner in the Mount gymnasium as one of just a handful of players who have scored over 1,000 points, finishing her career with 1,010 points. She scored her 1000th point in a state championship game.

Maria, was one of the top ten students in her class academically, and she was also the recipient of the All Mountie Award, the highest award given to a graduating senior.

She played one year of Division 1 basketball at George Washington University.

Brian played four years of varsity baseball at Mount Saint Charles Academy. He was a two time All Division player and a first team All-Stater in his senior year. He led the baseball team to a pair of state championships and was also named a tournament MVP. A prolific hitter, he led the state in batting average in his senior year. He was also a four year varsity player in hockey, an MVP in the state tournament and was selected to the All-Division and All-State teams. He was the team MVP and captain both sports. Brian was selected as the Male Athlete of the Year at Mount.

He went on to play baseball at Stonehill College for four tears where he earned All-Conference honors and finished career third all-time in hits. Brian hit over .300 in all of his four seasons at Stonehill. His college coach said about him, “Brian hits before and after practices. He is dedicated to hitting. It just comes easy to him.” At graduation he was selected as the Stonehill College Male Athlete of the Year.

Christian played three years of varsity soccer and four years of varsity tennis. He helped to lead both the soccer and tennis programs to four championships. He was two time All-Stater in tennis. He was also the number one singles player on two championship teams and in 1990 was the captain of the first Division 1 state championship tennis team in the history of the school. He advanced to the final four in the RI State Singles Championships in his senior year and finished with a number four ranking among Rhode Island schoolboy tennis players. He was named the team MVP, named to the Woonsocket Call All Star team and selected as the Male Athlete of the Year. Christian was also Mount’s nomination for the Providence Journal’s Male Scholar Athlete of the Year.

He went on to play four years of tennis at Division 1 Seton Hall. He was selected to the All Big East Academic tennis team four times, was captain of the team in his senior year and was a finalist in the West Point Invitational tennis tournament.

He currently serves as the Assistant Director of Research Operations at Boston Children’s Hospital, has co-authored a book in his field and presented the Fulbright Specialist Award at Bar Lian University – Zefat, Israel. 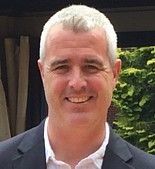 Matt Jarret was an outstanding multi-sport at Mount, playing soccer, hockey and baseball. He earned All-Division honors in baseball and was captain of the team in his senior year. But it was in hockey where he truly excelled. He was selected to the All-State team in the sport and was the captain of a state championship team. At graduation he was selected as the Mount Outstanding Male Athlete of the Year.

Ashley Jensen was able to accomplish at Mount what few other student athletes have accomplished in the school’s athletic history. She earned varsity status 12 times at Mount. She competed and excelled as a member of the varsity cross country, indoor track and outdoor track teams during her time here. Ashley’s skill in what she participated in was quite evident in how opposing coaches viewed her. For all of her achievement in the sports that she participated in, she was selected to All-Division teams nine different times and also earned All-State status in cross country. She was captain of the cross country team and a two-time winner of the team MVP award. She set the school record in five different events in indoor and outdoor track.

In college she competed at the highest level. She competed for three years in track and field at Providence College (Big East) before going out to the West Coast where she also performed as a member of the University of Southern California program (PAC 10). 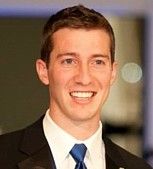 One of Mount’s all-time great track & field athletes, John earned All-Division, All-Class, and All-State in outdoor track. His post season honors began in his sophomore year when he named to the All-Class and All-Division Outdoor Track teams, something he repeated in both his junior and senior years. He particularly excelled in the jumping events, and in his junior year was the Rhode Island state champion in the high jump. During his senior year, he added to his long list of achievements, which was highlighted by winning the state championship in the triple jump and high jump. He was the team MVP in both his junior and senior years.

John was also All-Division in basketball in his sophomore year at Mount. 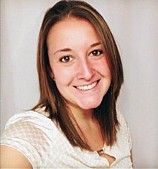 It did not take long for Taryn Lapierre to make her mark in Rhode Island schoolgirl ice hockey. As a freshman, she became one of the top players on the team. In fact, she continued in that role throughout her high school career and when she graduated, she was heralded as being one of the most female hockey players in the history of Mount girls’ hockey. Taryn Lapierre was selected to the All-State hockey team four times, making her the first female hockey player in the history of the Rhode Island Interscholastic League to accomplish that and the first Mountie hockey player male or female, to achieve that honor. During her time at Mount, she helped to her teams to three state championships. She was selected as the team MVP in both her freshman and senior years. She was also the Cox Cable Award winner in her final season as Female Hockey Player of the Year.

After leaving Mount her success on the ice followed her throughout her college career. She continued her education at Division 1 Sacred Heart University where she played hockey for four seasons. She was an immediate success in the Pioneer ice hockey program, and by the time she was a sophomore, she was on the ice in every contest. Though she was seriously injured in her junior season, she was back in her fourth and final year and finished her career there with 54 points, scoring 21 goals and earning 33 assists. 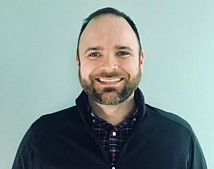 David played golf at the University of Mississippi. There he competed for four seasons on the Ole Miss golf team. The team was nationally ranked during his time there and competed at the East Regionals of the NCAA Tournament. David had three top ten finishes during his senior year, helping the team qualify for the NCAA Tournament. After finishing college, David played in the E-Golf Professional golf tour for a year. 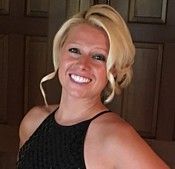 She was a captain in both basketball and softball and won the team MVP in softball in both her junior and senior seasons. At the conclusion of her Mount career, she was awarded the Most Outstanding Female Athlete award.

Kelly went on to compete at Caldwell University in both softball and cross country. She was named first team All-Conference as a freshman and sophomore in softball. During those years, Kelly led the team in stolen bases, was second on the team in hits, third on the team in runs scored. She also earned All-Academic team as a sophomore. As a junior Kelly was selected to the All-Conference team in softball. She also ran cross country and was one of the school’s top performers in that sport. 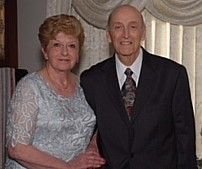 It was in the fall of 1974 when a little boy named Michael Morin ’78 first enrolled at Mount Saint Charles Academy. This was the first contribution that Jeanine and Maurice Morin made to the school. Six more children were to follow Michael’s footsteps – Lisa ’77, Celester ’80, Stephen ’82, David ’83, Brian ’84 and Kevin ’88. Six of the seven were outstanding tennis players and played on numerous championship teams. The two Morin sisters can be called “pioneers” as they played on boys’ tennis teams because during their time in high school there was no girls’ tennis league. Michael was Mount’s first All-State tennis player. That was the first Morin generation of athletes and scholars.

During the time that the Morin children and grandchildren attended Mount, Jeannine and “Mo”, owners of the Forecourt Tennis Clubs, were very generous to the school, often allowing the teams to come practice there with little or no cost when the weather was inclement. The Morin’s generosity toward Mount continued when the sons took over the business, and for many years, were very generous with their resources so that Mount could have a tennis intramural program there every winter.

For their many years of love for and dedication to the Mount community, Jeannine and “Mo” Morin are named the recipients of the Mount Saint Charles Academy Spirit of Sport Award.