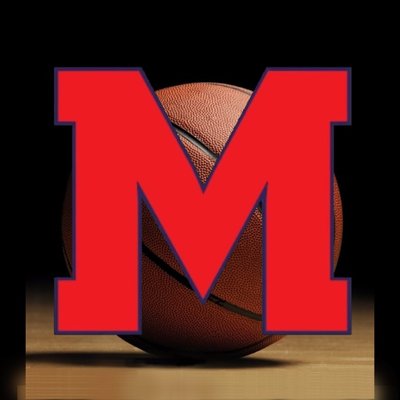 WOONSOCKET — You can only play the opponent in front of you. That was the case for the Mount St. Charles boys basketball team Saturday afternoon.

Blackstone Valley Prep will be a Division III title contender next month once Call/Times All-Area forward Xavier Mendez returns to the starting lineup, but the Pride senior could only watch Saturday’s game from the bench and the Mounties took advantage.

With the Pride only featuring one player – Jordan Mendes – from last season’s team that beat Woonsocket in the Open tournament, the Mounties rode the experience and skill of seniors Jack Bennett and Gary Kalmer to earn a Division III home win. Bennett scored a team-high 16 points and Kalmer added 14 points, 16 rebounds and seven blocks in a 59-51 victory.

“We’ve been talking about with the players on the court and the players on the bench creating an atmosphere because we’re not going to have fans in the stands,” Mount St. Charles coach Henry Coleman said of a contest the felt like a Mount Summer League game because of the afternoon start and the lack of fans due to RIIL restrictions. “We need to create energy within each other and that will have to be contagious.”

“It did feel like a summer league game with no fans – it was very quiet in here,” Woonsocket native and Blackstone Valley Prep coach Kevin Payette said. “We were just happy to be out on the court playing against someone other than ourselves. The challenge for us is we graduated a few guys and lost a few guys and I only really played seven guys and dressed eight.”

Blackstone Valley Prep (0-1 Division III) received a game-high 17 points from junior Xavier Lara, while Mendes and senior Daniel Garcia chipped in with 15 points. The visitors only trailed by seven points a minute into the fourth quarter after a Mendez 3-pointer, but then BVP ran out of energy and the Mounties pulled away behind the shooting of Bennett and Kalmer.

“Our guys have been really good in practice and they’ve been there every day – what else can they do right now,” Payette said. “We’ve been practicing JV and varsity together and they know it’s going to be short and it’s going to be fast, but we’re happy to be out here. Today, we really had a hard time with their size. We had a tough time with Gary. We also made committed some turnovers that coincided with them hitting 3-pointers.”

The Pride hung with the Mounties in the opening few minutes, but the home side took complete control of the game with an 11-0 run that was punctuated by a Bennett 3-pointer. Lara and the Pride answered with a 10-2 run to close the gap to just three, but the Mounties went into halftime with a six-point advantage.

Mount went ahead by as many as 12 points midway through the third quarter thanks to some strong transition offense, but the Pride were only down five points seconds into the final quarter after a Mendes 3-pointer made the score 40-33.

“I thought the effort was great today,” Coleman said. “We had some lapses and there are areas we still need to improve upon, especially our defensive rotations and five guys consistently boxing out. In the fourth quarter we did a much better job of being patient on offense and finding the gaps and looking for the open players and working the ball down low. We did an excellent job moving the ball.”

The Mounties went on an 8-0 run behind five points from Bennett to open up a 13-point advantage. BVP’s inexperience was on full display in the final quarter with the visitors committing live-ball turnovers that ignited Mount’s transition attack.

The Mounties are back in action Monday night against Davies Tech, while the Pride host the Patriots Wednesday night at 6 o’clock.